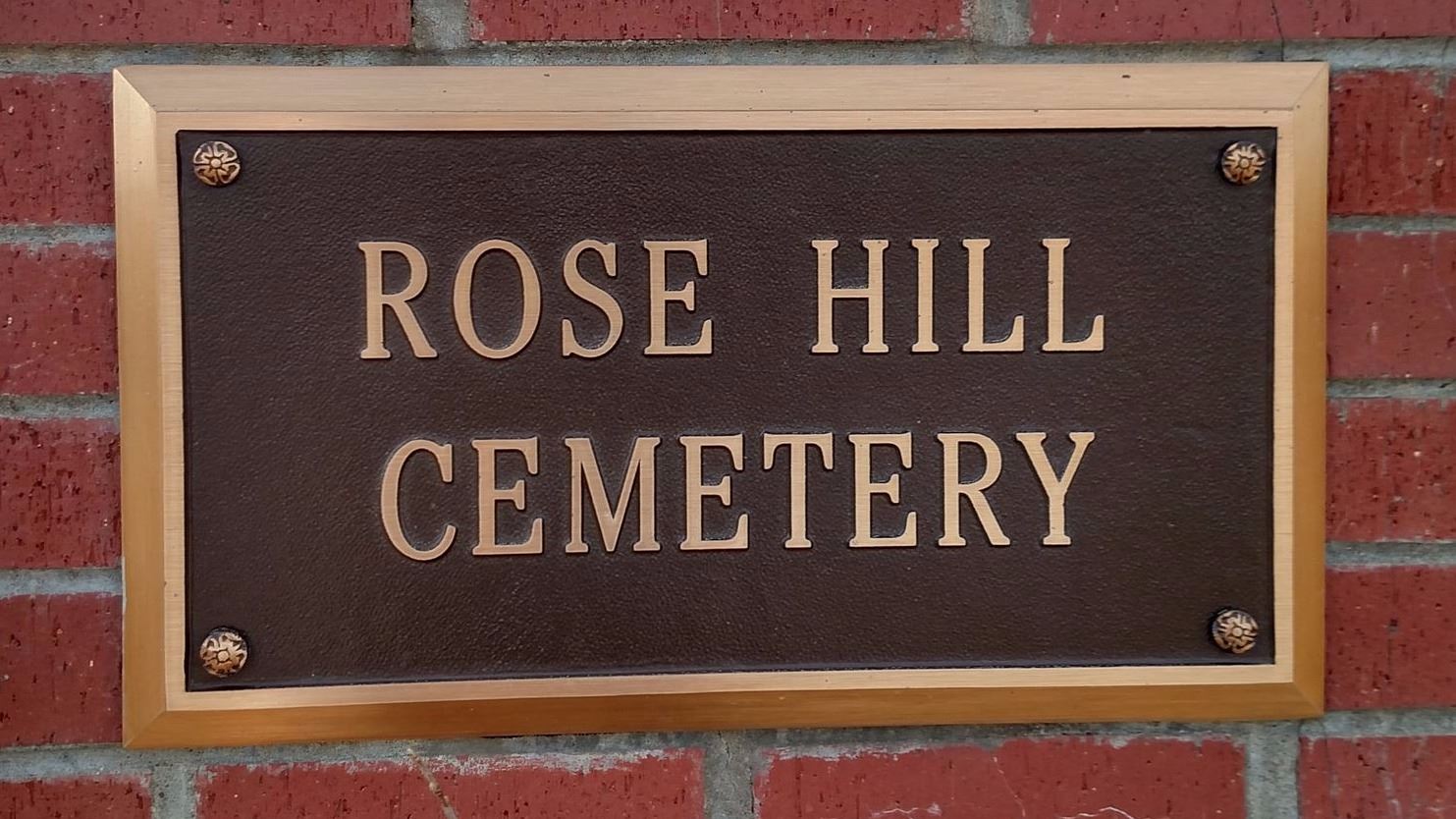 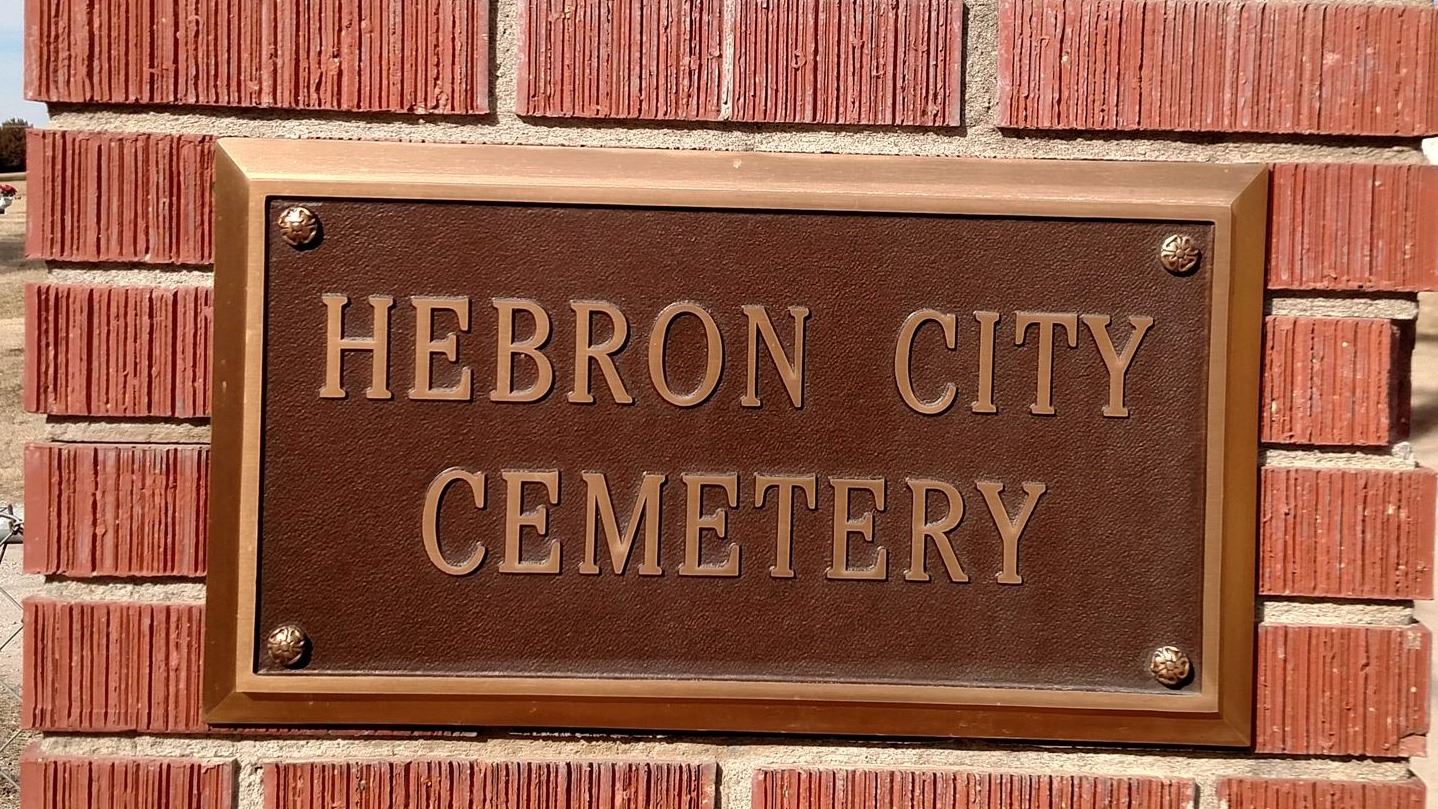 
(A)  No base, cement, monument, or memorial may be erected or installed on any lot prior to the time that said lot is paid for. Anything placed on the grave site should have permission of the caretaker.

(B)  The caretaker shall prohibit certain types of monuments, memorials, or headstones to be placed or erected on certain lots if the topography, location, or other peculiarities of said lot is such that the erection of a particular type of monument, memorial, or headstone would intrude on other lots, reach a height not consistent with board policy, or be generally detrimental to the physical grounds or appearance of the cemetery itself.

Make checks payable to the City of Hebron for foundation purchase.

In the case of a purchase of a pre-fabricated foundation there will be a $100 marking fee made payable to the City of Hebron.

All orders need to be sent to the City of Hebron along with payment.

Vases will be installed by the caretaker at a cost of $100.00. Checks should be made payable to the City of Hebron.

No one will be allowed to install foundations in the City of Hebron’s cemeteries except for the caretaker.

In the absence of original church records, it is assumed that the first cemetery plots were privately purchased by Nick and Anna Bethsheider, Charles Helfrich and J. Anton Willy, who later donated them to the parish. On October 8, 1905, Sacred Heart purchased three acres from Hedwig Willy for $300 which further expanded the boundaries. The Trustees deeded a tract of land (1 acres) back to Hedwig, which made the actual expenses $200.

In the process, an old note was cancelled and the cemetery fund of $74 was absorbed. This left the parish, according to old records, short and in debt $1,075. That amount was borrowed with the Bishop's consent from Genry Croll, St. Louis Missouri.

The 1920s were good years and times were on the upgrade. People would have no trouble in supporting the church, In 1927 they decided to build a fence around the cemetery property-a good permanent one. Much money was collected. Church books show many members gave from $5 to $25 for this purpose and that Mrs. Margaret Prentice gave $500 with the stipulation that this would include perpetual care for her lots. The fence is still in good condition and it was refinished in 1972 under the direction of Bernard Wiedel.

Complete with rules and By-Laws, the Diocese of Lincoln formed a Cemetery Corporation in 1943. Cemeteries had sadly been neglected in the past and such rules were slow to develop properly. By 1964 the Sacred Heart Cemetery Association came into being with the help of Msgr. Keenan, and included three of the parish's most able men: Albert Nacke, Donald Lohmeier and Bernard Wiedel. Raymond Wiedel replaced Albert Nacke on the Cemetery Committee in 1976.

Each succeeding year saw much progress toward the goal of becoming a self-sustaining organization with enough income to maintain it perpetually. Evergreen trees were planted on three sides, which grew and flourished into a thing of great beauty.

Over half of the cemetery lots have paid-up perpetual care. A large number of the remaining are owned by people who have no relatives living in the vicinity of Hebron. At the printing of the book, "The Bell of Sacred Heart Church," the cemetery perpetual care fund was $6,634.23. Interest from this is used for care and upkeep.
A great deal of up-grading in the organization and administration has been accomplished within the past year. All the lots are surveyed and marked, including the newest north section.

The Sacred Heart Cemetery has been solemnly blessed by the Most Reverend Glennon P. Flavin June 6, 1976, and a Pontifical Mass celebrated at the Curcifixion Group Altar.